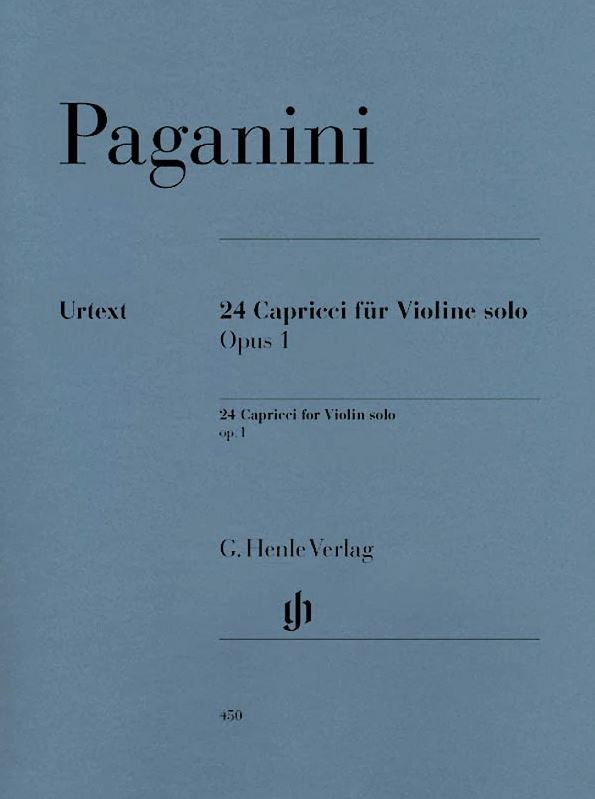 In the era before Paganini, a brilliant solo cadenza in a sonata or concerto movement for violin was called a “capriccio”. Practice pieces for string instruments were also given this generic name. The merging of the concertante cadenza form with that of the technical etude was one of Nicolo Paganini's greatest creative achievements. With his op. 1 Capriccios Paganini opened up a new musical dimension the genre. They seem entirely on Paganini's autograph, since the first edition contains numerous errors and was probably not proofread by the composer. Renato De Barbieri's performance instructions in our version evolved during many years of concert experience and an in-depth study of the autograph. With this and the informative preface, the violinist is offered an edition that the work has long deserved.