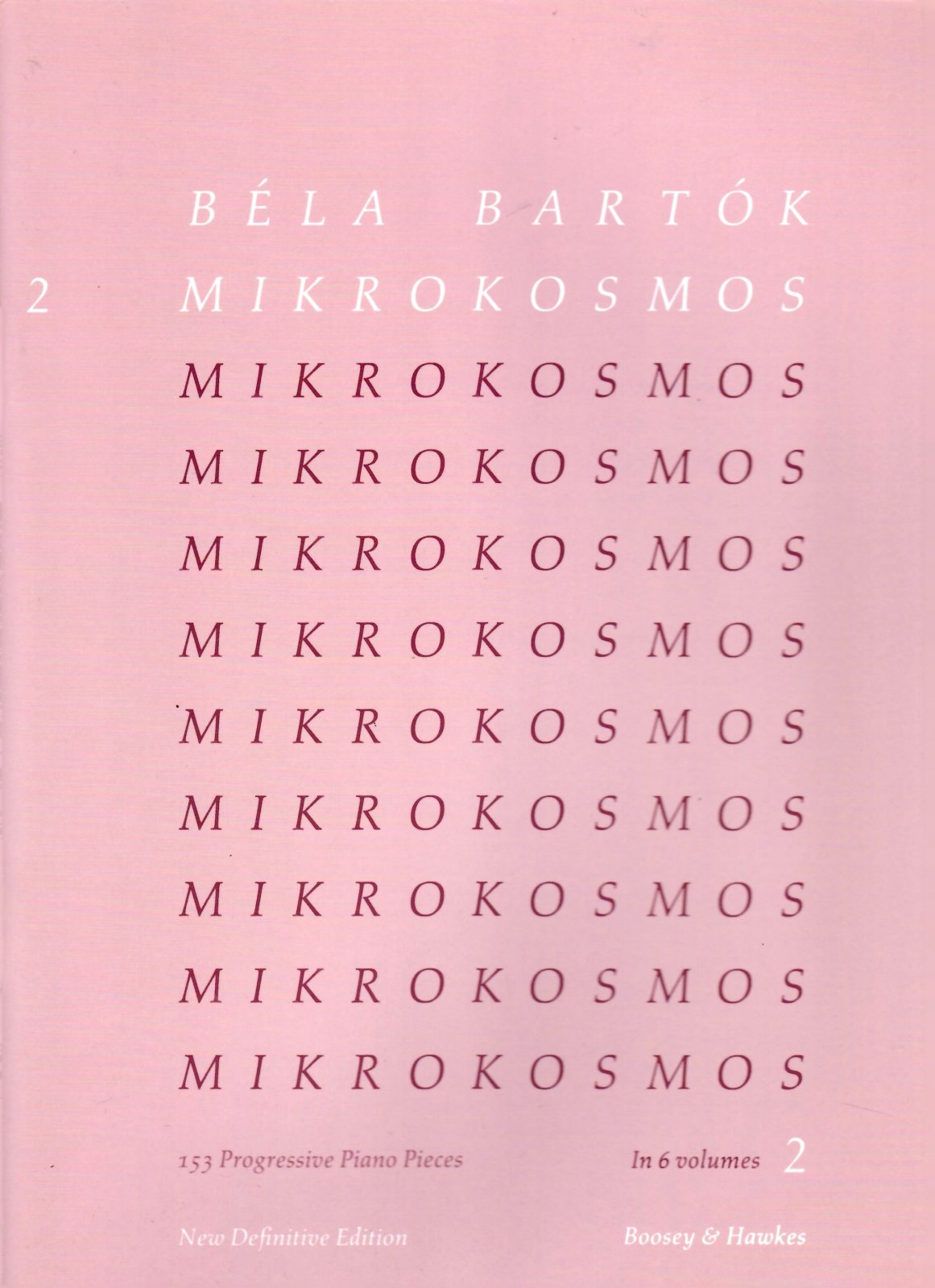 The definitive edition (1987) of the piano teaching classic. Includes an introduction by the composer's son Peter Bartók. (English/French/German/Hungarian text). In 1945 Bela Bartok described Mikrokosmos as a cycle of 153 pieces for piano written for “didactic” purposes, seeing them as a series of pieces in many different styles, representing a small world, or as the “world of the little ones, the children”. Stylistically Mikrokosmos reflects the influence of folk music on Bartok's life and the rhythms and harmonies employed create music that is as modern today as when the cycle was written. The 153 pieces making up Mikrokosmos are divided into six volumes arranged according to technical and musical difficulty. Major teaching points highlighted in Mikrokosmos 2: Staccato, legato, accompaniment in broken triads, accents